The answer is YES! How you ask? Well in order to learn about alternative methods of getting a career, sometimes college may simply not be your cup of tea. Attorney Michael Ehline first chose a career as a Marine as an 18 year old out of high school. Hurt during School of Infantry at Camp Pendleton, CA, Ehline received an honorable discharge under medical conditions.

“Getting drummed out, even for health reasons, meant that I had to completely rethink my life, and it took me years to figure it out. Culture shock is something that has never truly gone away after having been part of such an elite organization.” – Mike Ehline

After years of readjusting to civilian life, sales jobs and owning small businesses, Michael realized he could not afford to go to school and still survive. He had too many obligations, and he had/has no undergrad. But a friend told him about the California State Bar’s Law Office Study Program and that was all she wrote.

Because of this knowledge, Michael took and passed the California State Bar Exam with no undergrad or law degree, and you can do it too. That’s right. If you can pass the CLEP and a few other background and study rules, you can do it.

We see that one famous celebrity, Kim Kardashian has now enrolled on this same program. While it’s likely she has a battery of lawyers and teachers to study under, and unlimited study time, you may not. But that’s ok. Ehline says: “focus on core values.”

Ehline went on to say: “This is a character building exercise. So the journey and not the destination is what you must embrace at the outset. Suffering, struggling, and winning against the odds are a major part of building a superior human being.

Only then can one be truly humble and grateful. And as a lawyer, clients identify with you better when that occurs.”

I for one am looking forward to learning more about the Law Office Study Programs of other states besides California. I also am hoping you can share your stories of white collar careers that look to experience more than a college degree.

Can you think of some? I can. What about sales, marketing, real estate? Some of the most successful people I have dealt with got their degrees from USW, as my father used to say. In other words, the University of Sidewalk. Or if you prefer, the School of Hard Knocks.

To learn more about the career opportunity of becoming a lawyer with no law degree, go to LawOfficeStudy.Net 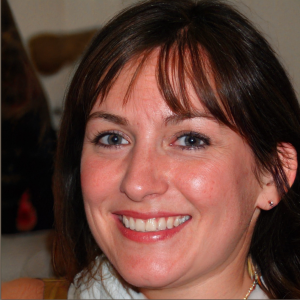